A day to remember in the battle is over and it will be hard to top yesterday’s gifts across all calendars. MCU gets a much needed win to keep itself in contention. Let’s see what happens on Day 10.

Steve: On the 10th day of Christmas, the Guardians sent to meeeeeee…. Onnnnnnne Golden Pod!

Day 10 sees the MCU coming off a high, but I’m not sure we can maintain it – The 10th gift is a Golden Pod from a space battle in “Guardians of the Galaxy Volume 2”.

It’s an OK build – the pods move really fast in that scene so it’s hard to get a good look at them on-screen to compare them to the micro-sized version (although they have been seen in LEGO form before, in set 76080 – “Ayesha’s Revenge” – photo credit Jays Brick Blog) 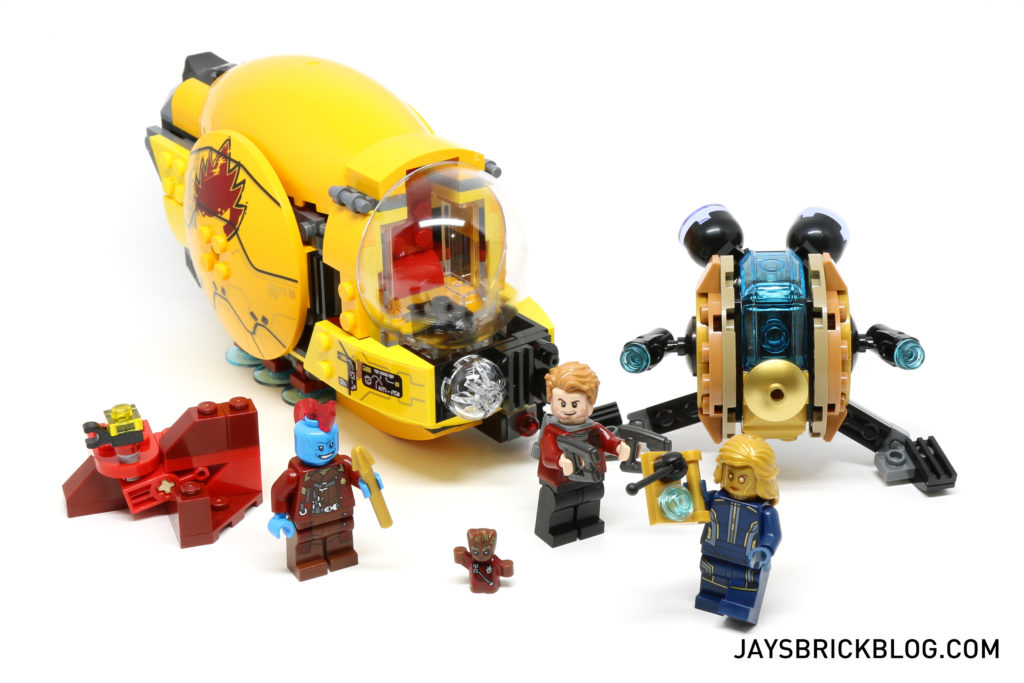 The micro build here is fine, although the parts and techniques are nothing unique or special.  The main strike against it is that it’s just not a memorable ship from the films, and, like many builds so far in this calendar, it suffers from a recognition problem.

Pat: Looks like we’re staying on Tatooine for another build, as day 10 of the Star Wars advent gives us a sweet little build of the moisture vaporators as seen in Episode 4. These are mostly seen in the barren parts of Tatooine, with a few dozen surrounding the Lars Homestead, but Lego has included them in a variety of sets and advent calendars in the past. We received a decent moisture vaporator build in the 2014 advent calendar, and a colour swap of that one in 2018 to resemble a Christmas Tree, but this is definitely the better design. Even though its downsized, I like including these in my Tatooine display as they still effectively depict weather vanes or structures in the sand. Overall its a solid micro build, I prefer something static over the ships like we generally get from Star Wars.

Matt: Day 9 was likely the best day we’ve seen since starting our seasonal Battle in 2020, courtesy three exclusive minifigures. Unfortunately, HP ended up on the outside looking in. Let’s see how they fare on Day 10.

On Day 10, we get the Goblet of Fire. So we’ve moved on to Year 4 now, and the Goblet of Fire itself kicks us off. I appreciate a gift that is “somewhat” to-scale in place of a microbuild. This is typically because we can use these builds in our MOC’s and displays. We’ve actually seen a more robust rendition of the Goblet in a previous calendar.

All that said, the main draw today is the exclusive 1×2 transparent-tile with a Harry Potter parchment print. For those that remember the movie, this represents the moment when Harry’s name comes out of the Goblet after all school champions were already selected. An exclusive printed tile is definitely something we want to see out of these calendars.

Based on its quasi-to-scale build and exclusive printed tile, HP grabs full marks today. A battle of microbuilds occurred between SW and MCU, with SW ultimately squeaking out second place. In third, a line we’ve used too often this season, MCU finishes in 3rd.

With that, the score is now: