Welcome to Part 1 of the LEGO Theme Throwback series, focusing on the Adventurers theme! This will be a four-part series, with each article focusing on a different subtheme from Adventurers. Enjoy!

As a kid growing up in the mid-90’s/early 2000’s, there were several LEGO themes that were important and influential to me- Castle, Pirates, Western, Harry Potter, just to name a few. In 1998, LEGO introduced a new theme- Adventurers– that would quickly become one of my favorite themes of all time.

In a pre-internet world, magazines and catalogs were the main ways in which companies like LEGO would market their products and build hype around certain themes. As a kid, I had a subscription to the LEGO MANIA Magazine, which ran from 1994-2002, before being rebranded. This magazine was essentially a kids club magazine showcasing all things LEGO- products, comics, short stories, games, contests, and more. 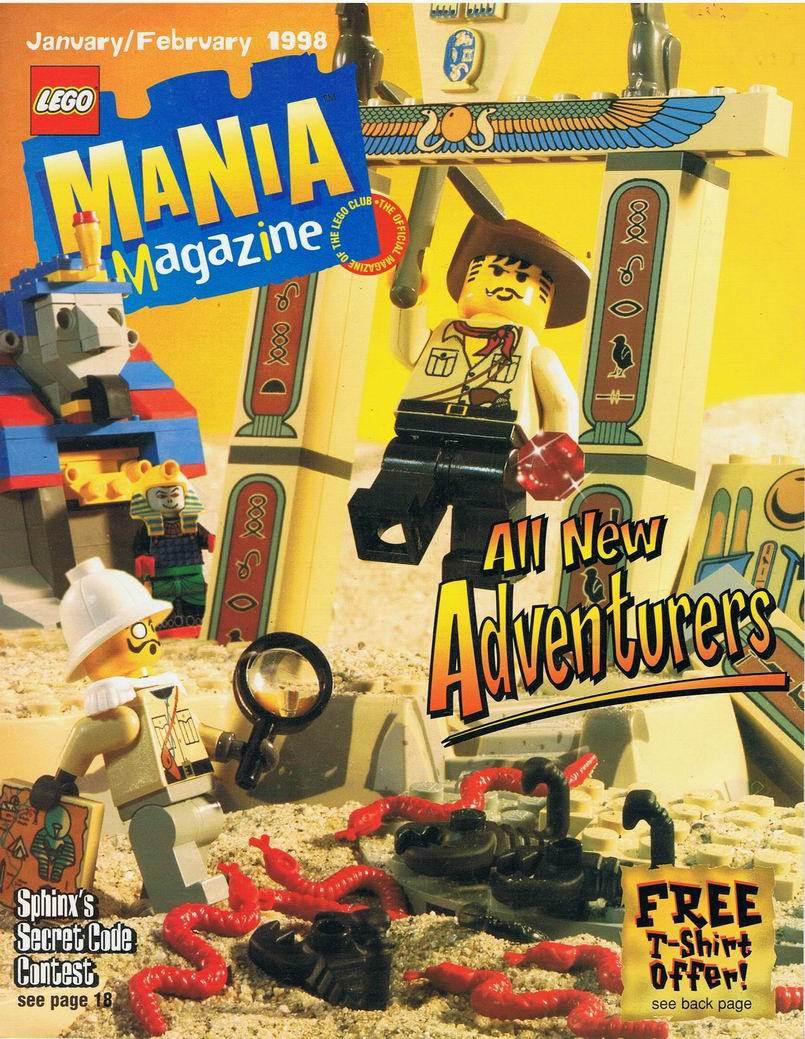 It was through these magazines where I discovered the new Adventurers theme, making its debut in 1998. The theme was centered around the adventures of its main protagonist, Johnny Thunder (initially known as Sam Grant in the UK), Dr. Charles Lightening (also known as Dr. Kilroy or the Professor), and Miss Gail Storm (also known as Pippen Reed). To date, I never quite figured out why the characters had multiple names. Perhaps it was a regional thing or quick re-brand prior to the theme’s release in North America. Or maybe LEGO didn’t know what they wanted to call the characters yet either.

Being a fan of the Indiana Jones films, it was clear to see where LEGO “borrowed” their inspiration from- Johnny Thunder evoked the iconic hero, both in appearance and setting. It wouldn’t be until much later where LEGO would eventually get the license to produce Indiana Jones LEGO sets. So for most of us kids at the time, Johnny Thunder was our Indy in the world of LEGO. 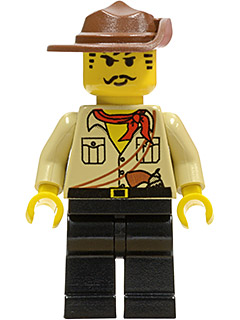 The Man, The Myth, The Legend- Johnny Thunder. Image via Bricklink.

The Adventurers line spanned four separate subthemes from 1998-2003- Desert, Jungle, Dino Island, and Orient Expedition. I like to think of these subthemes as the four different “theatres” in which Johnny and his crew played out their adventures. Each had their own storyline and characters, with a range of sets to offer.

One of the main attractions of this theme for me as a kid was the storyline. I really enjoyed how there was a background story which could be loosely followed in the LEGO Mania Magazine comics at the time. It provided just the right amount of spark for imagination and set the stage, allowing us to play out the details after building the sets. I think this did wonders for kids and really brought a depth to the theme.

The Desert subtheme, released in 1998 was critical for launching the Adventurers line. With arguably the most direct connection with the Indy films, the theme centered around Johnny Thunder and the Lost Ruby. It also introduced the theme’s antagonist- Baron Von Barron (also sometimes known as Sam Sinister) and his sidekick Sly Boots (also known as Sam Sinister- don’t worry, LEGO hadn’t made up its mind yet). The Pharaoh Hotep was the “neutral” character protecting and guarding his Ruby.

Ultimately, it was a race against time as Johnny and his mates had to beat Baron Von Barron to the ruby, all the while avoiding the traps and surprises set by Pharoah Hotep himself. Each set contained portions of a tiled map that when put together, led to the location of the ruby, culminating in the themes’ marquee set, 5988 Pharaoh’s Forbidden Ruins (or The Temple of Anubis- LEGO still hadn’t figured out its names and the trend will continue- stay tuned). According to Brickset.com, the subtheme produced 25 sets, although some of these were polybag duplicates. 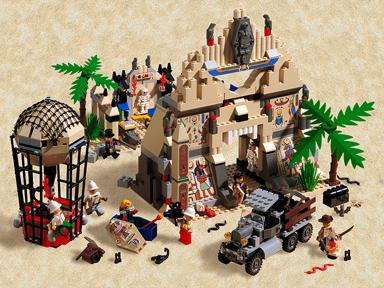 5988 Pharaoh’s Forbidden Ruins was the “marquee” set in the subtheme. Each subtheme would go on to have a central “big/main set” where the final storyline played out (at least, in my interpretation).

In my opinion, this theme produced some of the most fun and playable LEGO sets I’ve ever owned. It introduced some amazing new pieces that are hard to come by today. A big shoutout goes to 5978 Sphinx Secret Surprise, one of my favorites from my youth and arguably a Top 10 Personal Set of All-Time! 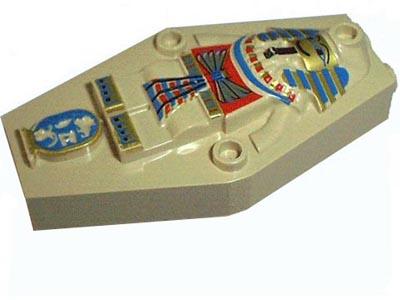 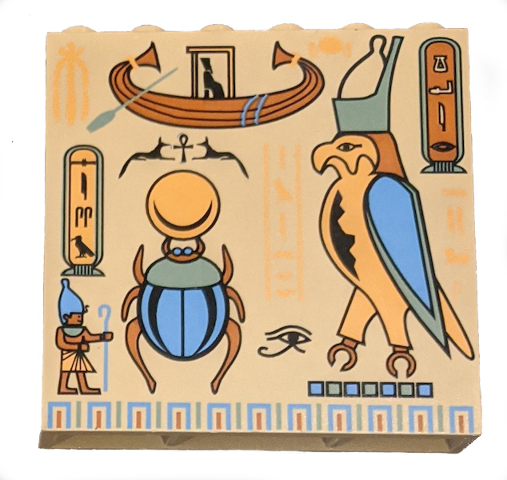 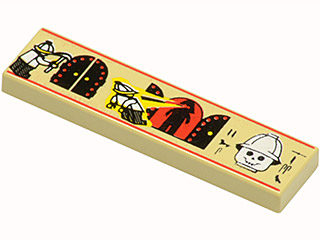 Printed pieces from the Adventurers- Desert subtheme. The minifigure sarcophagus cover in particular still stands the test of time in terms of intricate LEGO pieces. Images via Bricklink.

Although it’s hard to say, I think the inaugural Desert subtheme may be the greatest of the four in the Adventurers line, as it introduced a new story, new characters, and a new theme to LEGO fans in a big way. The climate for an Indy-inspired hero seemed perfect and the atmosphere that these sets evoked was one of mystery, discovery, and wonder- hallmarks that would go on to define the theme.

I would encourage everyone to check out the Desert subtheme sets on sites like Brickset or Bricklink. There’s still a lot to love in these sets, and they’re definitely considered “classics” by today’s standards. If you ever get an opportunity to purchase sets from this era, don’t hesitate- they’re truly awesome on display.

That about does it for Part 1 of my Adventurers Throwback series. Stay tuned for Part 2, where I tackle the next subtheme- Jungle!