After Adventurers made a thrilling debut on the scene in 1998 with the Desert subtheme, Johnny and the crew were off to the Jungle for their next set of adventures.

After conquering the Desert, Johnny Thunder came back with his familiar team of heroes against a new set of foes in the Jungle. As a kid, I was not fortunate enough to obtain many sets from this subtheme at their time of release (the exception being 5936 Spider’s Secret which in itself is jam packed with cool features). That said, while there were only 10 official Jungle themed sets, I ogled them all from afar and followed them closely in the LEGO MANIA Magazines. 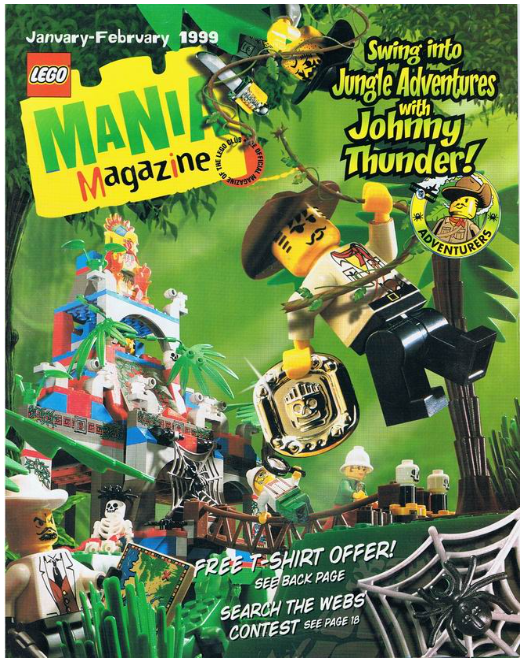 Continuing the theme’s earlier tradition of dual-naming their characters, Senor Palomar (also known as Senor Gomez) was the main bad guy of the set, and the antagonist to challenge Johnny. His sidekick was named Max Villano. The sets seemed to revolve around finding the “Sun Disk”, a chrome gold colored treasure featured in many sets. The guardian of the sun disk was Achu, who appeared to be the ruler of the jungle throughout this series. This figure was particularly fantastic and well ahead of its time- its colorful headdress, amazing cape, and printed legs were major draws for fans. 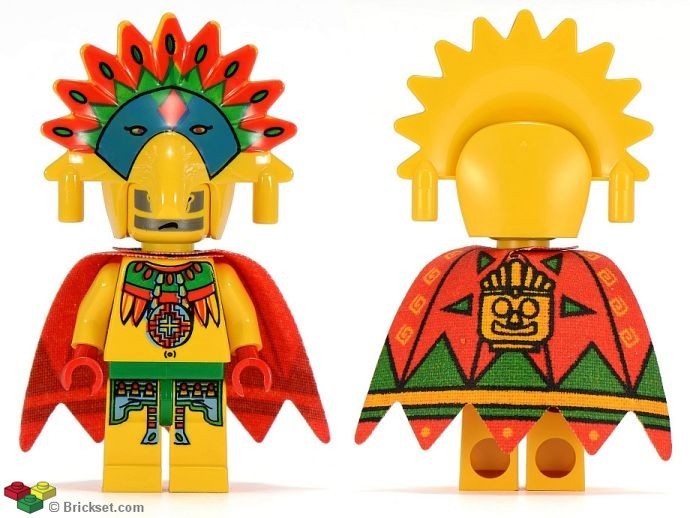 Achu. For 1999, this was definitely a breakthrough figure. Photo courtesy Brickset.com.

Along with Johnny, Dr. Lightning, and Gail Storm, their faithful pilot Harry Cane rejoined them for back-to-back adventures in the Jungle. The marquee set of this subtheme was 5986 Amazon Ancient Ruins, an utterly fantastic but somewhat rare set by today’s standards (I will touch on this later). The set used a raised baseplate which evoked some of the earlier Castle and Pirates sets. I found myself longing to own this one and discover all its play features and secrets, but was never able to get my hands on a copy in my youth. I wouldn’t actually see the set in real life until 2020. After obtaining it, I can safely say it lived up to the hype, and is proudly displayed to this day. A decade’s long itch was scratched at last!

I admired the reuse of some items from the previous subtheme- the adventurers cars, tools, torso printing, and certain animals like snakes. It allowed us to imagine that hot off the heels of Johnny’s success in the Desert, he packed his bags immediately for another rumble in the Jungle. Furthermore, I loved seeing the familiar weapons we’d all become accustomed to through classic themes like Castle, Pirates, and even Western. Like its Desert theme before it, we also received some amazingly rare and downright wicked printed pieces. 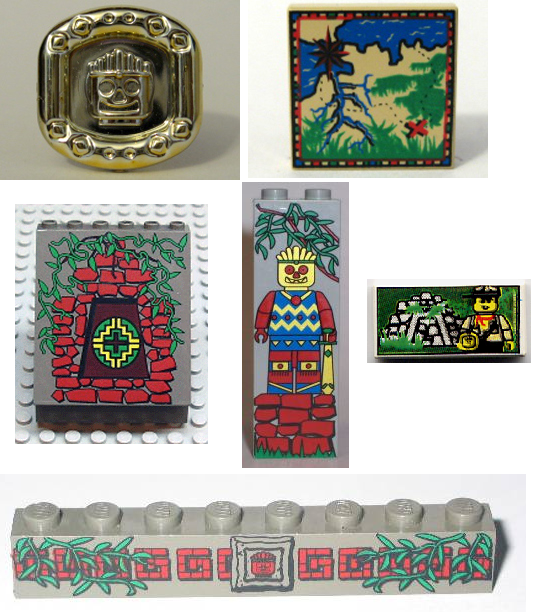 A collection of unique pieces from the Jungle line. Images via Bricklink.

While ultimately the story is a little disjointed, in my imagination, I like to think Johnny and his team raced Senor Palomar to the sun disk (overcoming many obstacles along the way) yet ultimately deciding that its power should remain with Achu. In turn the jungle ruler rewarded them with other treasures and allowed them to leave the Jungle alive. Unfortunately, Senor Palomar and his crooks weren’t as lucky- their fate in the Jungle remains a mystery.

In my estimation, the Desert and Jungle subthemes were complete box office hits for the Adventurers line. While difficult to beat out Desert and with far less sets, the theme certainly picked up where our heroes left off, and offered amazing iconic sets that are bona fide classics today.

I mentioned above that this subtheme in particular definitely has some obscurity and rarity to it. Perhaps it was the smaller offering of 10 retail sets or limited production runs, but copies of certain Jungle themed sets are scarce in the wild- at least from my experience, and that of fellow LUG members as well.

Interestingly, the two biggest sets in this theme (5976 River Expedition and 5986 Amazon Ancient Ruins)  are marked as “wanted” by more Brickset members than they are “owned” by Brickset members- an interesting litmus test for rarity that I’ve used over the years. But take that with a grain of salt- perhaps there are many more owners of the Jungle sets out there, existing in attics and forgotten bins waiting to be rediscovered one day. Or, like the fate of Achu and his Sun Disk, remains a mystery.

And that does it for the Jungle subtheme. Stay tuned for Part 3 of my  Adventurers Theme Throwback, where I dive into the next subtheme in the chronology- Dino Island.