We’ve arrived at the final subtheme in the Adventurers line- Orient Expedition! Read on for an overview and my final thoughts on the complete theme.

After a two year hiatus, Adventurers made its return with Orient Expedition. To this day, I am not sure why there was a two year gap between Dino Island and Orient Expedition. Perhaps LEGO was making a foray into other themes from 2000-2003. As we know, this was around the time of TLG’s near financial collapse. Lost in the shuffle of that timeframe is one of the best Adventurers subthemes ever, and hopefully I can illustrate why.

The final subtheme in the Adventurers lineup was well worth the wait. In the closing chapter, Johnny Thunder and his team are off to Asia in search of the Golden Dragon. Continuing from Dino Island, Lord Sam Sinister is also back as the main villain. I’m convinced LEGO had no clue what to do with Baron Von Barron and Sam Sinister- essentially a hybrid character used interchangeably throughout the series. Their solution? Merge both them together for the final chapter- I think? It’s all still very confusing.

In addition to the 20 sets released (second only to Desert), the Orient Expedition line included stat cards, a die, and game board pieces in certain sets (typically, the bigger ones). As you collected and built the sets, you also received pieces to a board game, which added a unique twist on this theme. The instructions in the box showed you how the game was meant to be played.

The board game aside, I felt as though the narrative and storyline within Orient Expedition was the strongest yet. In the story, a series of smaller treasures had to be obtained in order to unlock the secrets of the Golden Dragon and gain access to its location. The three main treasures were a Golden Sword, Golden Shield, and Golden Helmet. Each one was located in the theme’s 3 largest sets- 7417 Temple of Mount Everest (sword), 7418 Scorpion Palace (shield), and 7419 Dragon Fortress (golden helmet).

What’s unique about this subtheme is that it wasn’t confined to a single geographic location like the subthemes before it (Desert, Jungle, and Dino Island). Our heroes traversed several locations in Asia (India, Nepal) on route to the final destination in China. I think this allowed the subtheme to explore different ideas for architecture and culture and to express those ideas through the sets. We also, for the first time, got different iterations of Johnny and his mates throughout the sets. 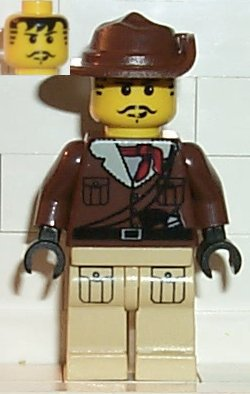 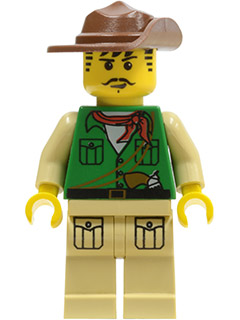 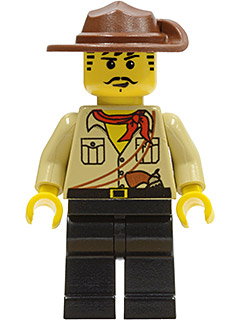 Different variants of Johnny Thunder from the Orient Expedition sets. Images via Bricklink.

Speaking of the locale in China, Dragon Fortress was the marquee set in this line and climax of the story. It was the final battle with Lord Sam Von Barron, the Emperor, and the location of the Golden Dragon. It also happens to be one of my Top 10 Favorite Sets of All Time, but that’s an article for another day!

This subtheme of the Adventurers line likely resonates with me the most as I was fortunate enough to own all three of the largest sets listed above back in 2003-2005. As such, I was able to create the board game layout and follow along with the story through the LEGO magazines. It was a lot of fun at the time and cemented the theme as one of my favorites ever created by LEGO.

I feel as though the Orient Expedition subtheme was one of the most complete, self-contained subthemes in the entire Adventurers line. It gave us three distinct locations- India, Nepal, and China- in which to explore. Each location had a purpose, and housed a treasure that was needed to unlock the Golden Dragon as part of a robust storyline. 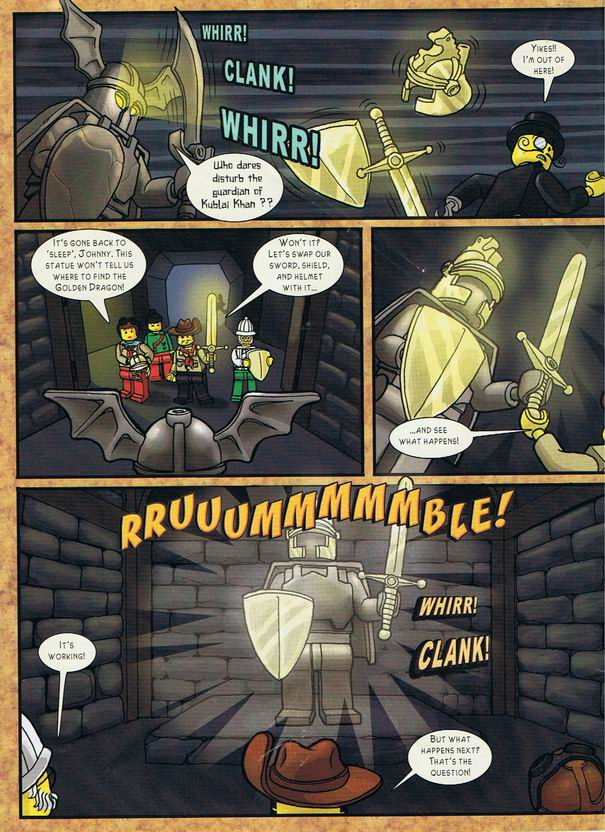 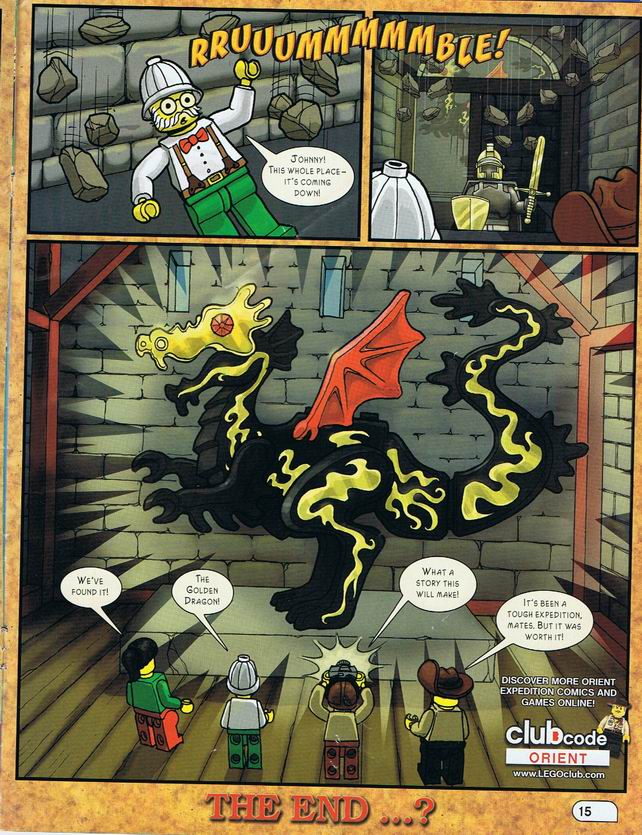 The final conclusion of the Orient Expedition saga via the comics in the LEGO Magazine (November 2003).

More importantly, it articulated the essence of the entire Adventurers line- one of exploration, mystery, discovery, villains, side characters, and storyline. I didn’t know it at the time, but 2004 would mark the end of the Adventurers theme. Perhaps this coincided with the other issues facing TLG at the time of near collapse, or maybe they felt Johnny Thunder had run his course after four subthemes. Either way, it’s hard to go out on top but the final Orient Expedition subtheme was arguably the most complete and fun to date. I encourage everyone to go check out the complete line of sets from Orient Expedition.

Overall, I believe the Adventurers theme was an amazing line of sets for The LEGO Group and for fans of LEGO. I think it encapsulated the characteristics that make LEGO great. It showed that adding the ingredients for the imagination to flourish is just as important a part of the puzzle as the sets themselves. I think in this way, LEGO proved it could add depth to its products and bring more than just plastic bricks to the table.

They say setting is the time, place, and circumstances in which an event takes place. If that’s the case, I think the setting for Adventurers was just right for me as a LEGO fan in my youth.

Will there be another Adventurers line, or will Johnny Thunder make a return? It’s hard to say. A revised take on Johnny was recently done in Collectable Minifigures (CMF) Series 19. It inspired me to make a little MOC as well (pictured below).

That just about wraps up my trip down memory lane! For more insight into the Adventurers theme, I strongly recommend checking out the following sites:

Miniland.nl– A site based in the Netherlands with archives of LEGO Magazines from the 90’s-2000’s.

Everything You Want to Know about LEGO Adventurers– A comprehensive deep dive article on the theme, on Bricknerd.com.

Brickset.com- A complete catalog of the Adventurers theme.

Hope you all enjoyed the Theme Throwback series on Adventurers. If you’d like to write for Newfoundlug.ca or want to get in touch, reach out at newfoundlug@gmail.com.